Good Morning America - The judge overseeing the trial of a police officer charged with murder in the death of Freddie Gray has determined that prosecutors withheld information that would have been beneficial to the defense.

Judge Barry Williams was visibly angry in the Baltimore court, but he did not dismiss the charges against police officer Caesar Goodson, as his attorneys had requested. Williams is giving prosecutors until Monday to disclose any other relevant evidence they have withheld. Goodson was the driver of the van during the arrest of Gray, 25, last year.

Goodson's attorneys have argued that prosecutors withheld statements made last year by Donta Allen, a key witness. Allen was picked up by the Baltimore police van after Gray.

In his original statement to police in April last year, Allen said he heard banging coming from Gray's side of the vehicle. He gave a similar statement in a separate interview with prosecutors a month later, but the state never turned it over as evidence to defense attorneys. Williams found today that prosecutors committed a Brady violation — after Brady v. Maryland, a 1963 Supreme Court decision requiring prosecutors to disclose evidence that would aid the defense — because Allen's May 2015 statement was deemed exculpatory evidence.


“The state doesn’t get to decide whether or not to disclose information,” defense attorney Andrew Graham said. “The state sat on it for over a year. It’s not up to them to make that decision. Even a small piece of evidence may make a difference. It’s not fair to the defense.”

He explained that had Allen’s lawyer, who was present during the second interview, not stepped forward, the defense would not have known about it. According to Graham, Allen’s lawyer didn’t come forward sooner because he felt his first obligation was to maintain his client’s confidentiality.

Read more »
Posted by magiclougie at 4:55 PM No comments:

Labels: All Cops Are Liars, Government Corruption and Treason

CNS NEWS - Commenting on the Obama administration’s high-pressure offensive to address global warming, leading economist and author Stephen Moore said it is “amazing” because this “dingbat idea of global climate change” is “one of the greatest propaganda campaigns in world history” executed by the political left.

During a June 3 radio interview on the nationally syndicated Janet Mefferd Today show, Moore, the founder of the Club for Growth and a former Wall Street Journal editorial board member, said, “It’s really amazing, I have to say. I have to tip my hat to the left: This has been one of the greatest propaganda campaigns in world history that the left has pulled off.”

“So, it’s very alarming how this propaganda campaign, that they made this stuff out of, almost completely out of thin air, and they’ve convinced millions and millions of thought leaders that this stuff is real,” said Moore, who is the Distinguished Visiting Fellow at the Heritage Foundation’s Project for Economic Growth.


“And when you look at some of the statements of people at the U.N., for example – I’m just thinking of this off the top of my head -- they have no problems with things like population control. They don’t have any problem with that. So, you might make the leap in logic that if people were harmed and/or starved to death, eh, would they [climate change activists] really mind because it’s betterment of the planet, I suppose?” 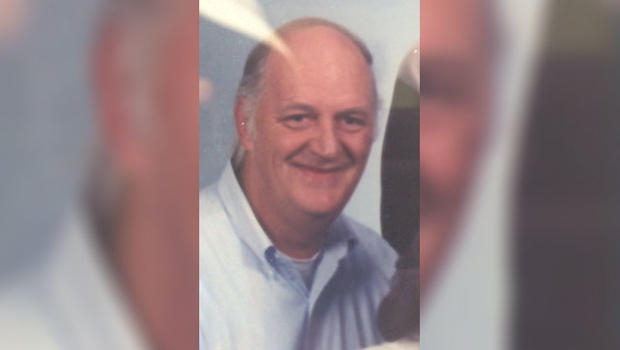 Authorities said William Powell, 63, was shot by Henry County police officers who went to the wrong house when responding to a 911 call on Wednesday, June 8, 2016 in Stockbridge, Ga.


The Georgia Bureau of Investigation said in a news release Henry County police asked the agency to investigate the shooting early Wednesday morning at home in Stockbridge, southeast of Atlanta.

CBS affiliate WGCL reported someone called 911 shortly before midnight Tuesday to report hearing a woman yelling for help and gunshots. The GBI said a preliminary review of the 911 call indicates the three officers who responded went to the wrong home.

The GBI said the officers were met by the homeowner, 63-year-old William Powell, who had a handgun. One of the officers shot Powell in the neck when he didn't obey officers' commands to drop the gun.

Police did eventually find the correct house, according to the GBI.


"There was an argument there however they indicated that there was no screaming for help or shots fired," Scott Dutton of the GBI told WGCL

The officer who shot Powell was placed on administrative leave.

Chicago Man, Who Was Shot Seven Times by Police, Sues City for $15M and is Arrested on Murder Charges Minutes After Announcement

NY Daily News - A Chicago man who was shot seven times by police in 2014 announced on Wednesday he was suing the city for $15 million. Minutes later, officers arrested him on murder charges as he left the building.

In a press conference at his attorney’s office on Wednesday, Dominiq Greer was set to take on Chicago in an excessive force lawsuit from a chase in which cops shot him seven times in a matter of seconds.
Greer fled from officers on July 4, 2014, and ran into an alley, where he tried tossing a pistol onto a roof when he stumbled and fell, his lawyer, Eugene Hollander told the Daily News.

Greer looked at the officers after suffering seven gunshots, and asked, “Why are you shooting at me?”


“As a result of his injuries, my client, who is a father to a 5-year-old boy, will have permanent and lifelong injuries. He cannot pick up and hold his son,” Hollander said in a statement.

Minutes after showing the surveillance footage and announcing the $15 million lawsuit, Chicago police arrested Greer walking out of his lawyer’s office.

Greer was wanted on a warrant for the first-degree murder of a 22-year-old on May 27, Chicago police told the Daily News.

While charges are still pending, officers said the investigation led police to believe Greer was the gunman in the apartment during the deadly shooting.

Hollander, who is representing Greer in the lawsuit against Chicago, will not be the alleged murderer’s attorney in the criminal case.


“The case against the city’s got nothing to do with a pending murder charge,” Hollander said, who learned about the accusations as the arrest was happening.

The footage of Greer being blasted seven times by Chicago police comes as the city released hundreds of documents and videos showing police use-of-force investigations in an effort to improve the department’s transparency.

Greer’s gunfire incident was not a part of the release.
Posted by magiclougie at 9:37 PM No comments:

Labels: All Cops Are Liars, Government Corruption and Treason

Turkey Entrenched in the Turbulence of the Middle East

Turkey's downward spiral into instability: How did it get here?

CNN - Turkey, once a paragon of relative tranquility in a volatile Middle East, is engulfed by insecurity -- as today's car bomb attack against a police bus in Istanbul cruelly illustrates.

Suspicions will likely fall on the separatist militant Kurdish group the Kurdistan Workers' Party (PKK), which carried out similar incidents in Ankara last January and March.

President Recep Tayyip Erdogan will probably approve the lifting of immunity against the 50 pro-Kurdish members of parliament to facilitate criminal prosecutions against them and potentially dislodge them from their seats.

He will also use this tragedy to impress on Turkish voters that Kurdish and Islamist militancy can only be thwarted by transforming Turkey from a parliamentary system into a powerful executive presidency.

That argument does not hold water given that Turkey's mounting instability arises not from the type of governance, but from the over-centralization of power in presidential hands.

Almost a month ago, Erdogan deposed his own handpicked Prime Minister Ahmet Davutoglu due to the latter's attempts to carve out his own influence in government.


Furthermore, Erdogan's ideological domestic and foreign policies have positioned Turkey at the heart of the factional, sectarian and ethnic strife tearing the region apart.

His campaign to impose a single religious identity based on Sunni Islam, and instil a homogenous Turkish nationality on an ethnically diverse society, is a recipe for escalating social fissures and political violence.

Read more »
Posted by magiclougie at 6:00 AM No comments:

Fox News - Newly released internal e-mails show George Mason University climate professors plotting a petition calling on government to prosecute skeptics of global warming using RICO laws designed to go after the mob. They got 20 scientists to sign their petition and sent it to government officials before withdrawing in the face of controversy.

The new emails show GMU professors Jagadish Shukla and Edward Maibach discussing everything from how to craft their petition to appeal to conservatives, to getting warnings from others that the petition would go over poorly, to evading media questions.


“They were running a well-used page in their playbook … get the legacy media to play defense for them,” Chris Horner, who forced the public release of the emails by filing a “Freedom of Information Act” request, told FoxNews.com.

The Freedom of Information Act allows citizens to demand to see the official correspondence of government employees (George Mason University is public.) Horner works at the Competitive Enterprise Institute (CEI), a think tank that is skeptical that global warming is a serious problem.

Horner says he feel vindicated by the release of the emails, because George Mason University officials initially told him that there were “no records” of the professors discussing RICO prosecution in their official capacity.

But Horner and CEI proved that there were such emails by first obtaining some emails from professors at other universities who had corresponded on the subject with the George Mason University professors (who used their work emails.)

Armed with that proof, Horner and CEI sued George Mason University to release the emails, and a Judge’s ruling on May 13th made it happen.


"If we can find one co-signer in every one of the nation's 435 Congressional districts, we will end up sending the letter to every member of Congress -- which would be spectacular. The letter will get lots of media attention," Professor Maibach wrote Shukla while planning the letter.

Shukla had first suggested the letter, saying he had once thought he would be most effective sticking to climate science, but that “I have changed my mind… I have decided to get fully engaged in… the larger issues of inequality and social justice.”

Read more »
Posted by magiclougie at 2:21 AM No comments: