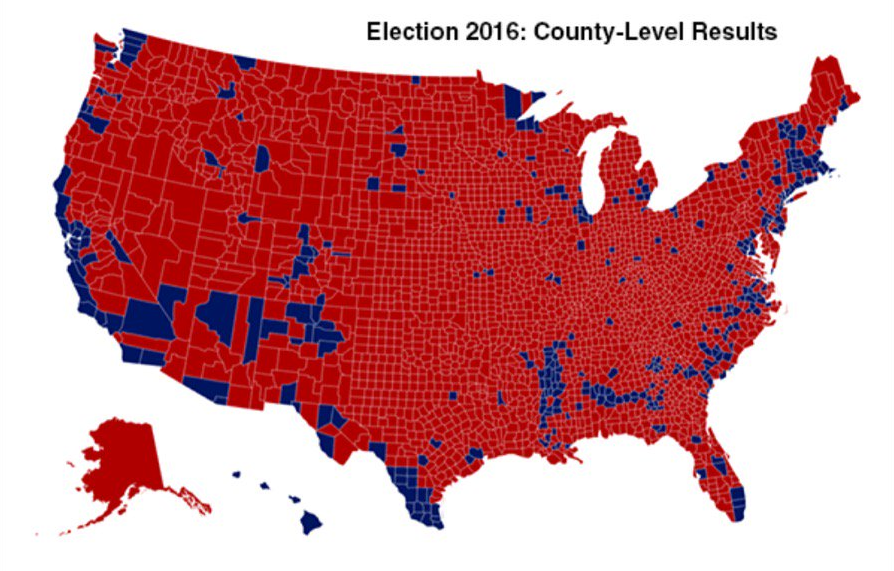 Yahoo News - President Trump signed a pair of executive orders on Wednesday stepping up immigration enforcement efforts and calling for “the immediate construction of a physical wall on the southern border.” Trump touted the actions in a speech at the Department of Homeland Security on Wednesday afternoon.

In his speech, Trump argued that the U.S. is “in the middle of a crisis on our southern border” owing to “the unprecedented surge of illegal migrants from Central America” and drug cartel activity. He also stressed that his immigration reform measures would improve the U.S.’s relationship with Mexico and help both nations by “deterring illegal immigration from Central America and by disrupting violent cartel networks.”

“I believe the steps we will take starting right now will improve the safety in both our countries, going to be very, very good for Mexico,” Trump said. “A nation without borders is not a nation. Beginning today, the United States of America gets back control of its borders, gets back its borders.”

One of Trump’s executive orders called for the immediate construction of a “contiguous, physical wall or other similarly secure, contiguous, and impassable physical barrier” on the border with Mexico. The border wall — and having Mexico pay for it — was one of Trump’s signature campaign promises.

Trump’s executive orders also call for the defunding of so-called sanctuary cities, in which officials refuse to hand over undocumented immigrants for deportation. One of the orders granted the homeland security secretary and attorney general the power to ensure that those cities “are not eligible to receive federal grants, except as deemed necessary for law enforcement purposes.”

“The American people are no longer going to have to be forced to subsidize this disregard for our laws,” Spicer said.

People - President Donald Trump consistently griped about voter fraud during and after the election. And now that he’s taken office he is taking his assertions one step further as he calls for a “major investigation.”

“I will be asking for a major investigation into voter fraud,” he wrote in part Thursday morning on Twitter, and indicated that that illegal immigrants, those registered in two states and “those registered to vote who are dead” are to blame — without offering any evidence to back up his claims.

Although he won the Electoral College following the general election on Nov. 8, Trump lost the popular vote by nearly 3 million votes — which he claimed was due to “millions of people” voting “illegally” last November.

He reiterated that claim in a meeting on Monday, telling a group of Congressional leaders that he lost the popular vote because undocumented immigrants voted in the election.

In a press briefing on Tuesday, Press Secretary Sean Spicer said that Trump “does believe that” millions of undocumented immigrants voted in this election, though he didn’t name concrete evidence — just “studies” — to back up his point.